What To Do When You Are Forming Your First Band

Few things can replace the feeling of plugging in and playing with a band for the very first time. Making music with your friends is a very powerful and exciting thing. It is hard to erase the ear to ear grin you are going to have afterwards. 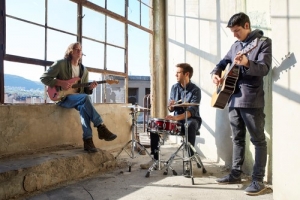 It doesn’t matter if your ultimate goal is to record cds and tour the world with this band or if you just want to jam with some friends and have a good time. You should be with people who have the same goals as you do. It doesn’t help matters if you want to jam for fun and everybody else wants to make a career out of this or vice versa. While it is possible that someone may change their minds about their ultimate goal(s) over time, it shouldn’t be something that is a problem from the start. You don’t want to force your way of thinking on someone any more than you would want them to do the same to you. Look for people that have the same aspirations you do.

Even in your first band it isn’t uncommon for there to be personality clashes or members that don’t get along with each other as well as you’d hoped. It would be great if everyone could be friends but there are times where this isn’t the case. If you have a band where there is a lot of tension you may want to ask yourself if it is worth continuing to stay with this band. If you decide that it is, it is best for all involved to figure out a way for everyone to work together and move forward. In some cases you may have to replace a band member. It isn’t fun to do but in the end it will make your band stronger.

What style of music are you going to play?

Your bandmates want to play blues and classic rock and you want to play black metal. The first practice is the wrong time to figure this out. Generally when you first start playing with bands you are going to be around people who like the same music that you do. You should always take the time to make sure of this before starting a band with your friends. You don’t want to be in a situation where nothing productive happens because you are too busy arguing about what to play.

These are some good tips to get you started on looking for some ideal band mates. It is okay if there are some missteps while you do this, it takes time to find the right people for your band. In the long run it is well worth taking your time.